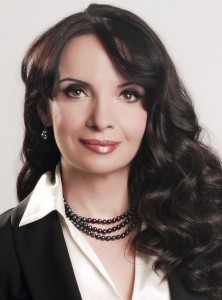 Vlatka Hlupic is a Professor of Business and Management at the University of Westminster. She is author of ‘The Management Shift – How to Harness the Power of People and Transform Your Organization for Sustainable Success‘  (Palgrave Macmillan, 2014). This year she was voted one of the Most Influential International HR Thinkers 2015 by HR Magazine.

Where are you from in Croatia?

I was born in Zagreb.

Why did you move to the UK?

In 1991 I obtained a scholarship to do a PhD at the London School of Economics and before I finished my dissertation I had a job offer in London I could not refuse.

What sparked your interest in management/human resources consultancy?

I have a very interdisciplinary background and varied interests. People often refer to me as a polymath or several people in one! My thinking is holistic and I strive to see a big picture and connect the dots. My formal education was in the areas of economics, information systems and computer science. At the same time, throughout my career I have had a passion for people development, psychology, neuroscience and coaching.

Ten years ago I decided that my mainstream career should be in the area that is helping people and making a positive difference for individuals and organisations.

I then became a Business School Professor, doing at the same time many practical consulting and coaching projects.

I strongly believe that the main purpose of an academic work is to transfer knowledge to practice and make a difference for the real world.

Almost every day is different for me.

I am involved in many different activities as an academic, consultant, professional speaker, author and a mother! I do not have set working patterns, but I do work long hours and have a lot of energy as I am purpose driven. I feel the work I am now doing is my calling and I am on a mission to make this world a better place. At the same time, I do my best to provide support and unconditional love to my children.

How is your work received in Croatia? Have you advised Croatian institutions?

I have been advising some Croatian institutions in the past such as the Croatian Ministry of Science. However, I have little information about how my current work is received in Croatia in general, apart from my individual contacts that advocate my work.

In the last year, I have been trying to find a publisher in Croatia who would translate my latest book “The Management Shift” to Croatian. It would mean a lot to me to translate and launch this important book in my homeland.

I am struck that some of your comments in your articles that seem similar to idea put forward by people such as (former David Cameron adviser) Steve Hilton. Would it be fair to say that your thinking has a wider application than within businesses?

My work has a wider application that within businesses. For example, as part of research for my new book, I interviewed Anita Krohn Traaseth, a CEO of Innovation Norway (a government organisation for promoting innovation in Norwegian companies). She told me that she used my book “The Management Shift” to transform the culture in Innovation Norway and shift this organisation to Level 4 (this is a Level in my 5 – Level Emergent Leadership Model where the focus is on people, purpose and collaboration). Then she told me that the Norwegian Government is using my book to shift the entire nation to Level 4!

The 6 Box Leadership diagnostic tool developed to shift entire organisation to Level 4 has been used in the public and private sectors, including the UK Government organisation and the National Health Service.

The main similarity between my work and Steve Hilton’s ideas is that we both advocate humanity, putting people first, though our background and careers are rather different. 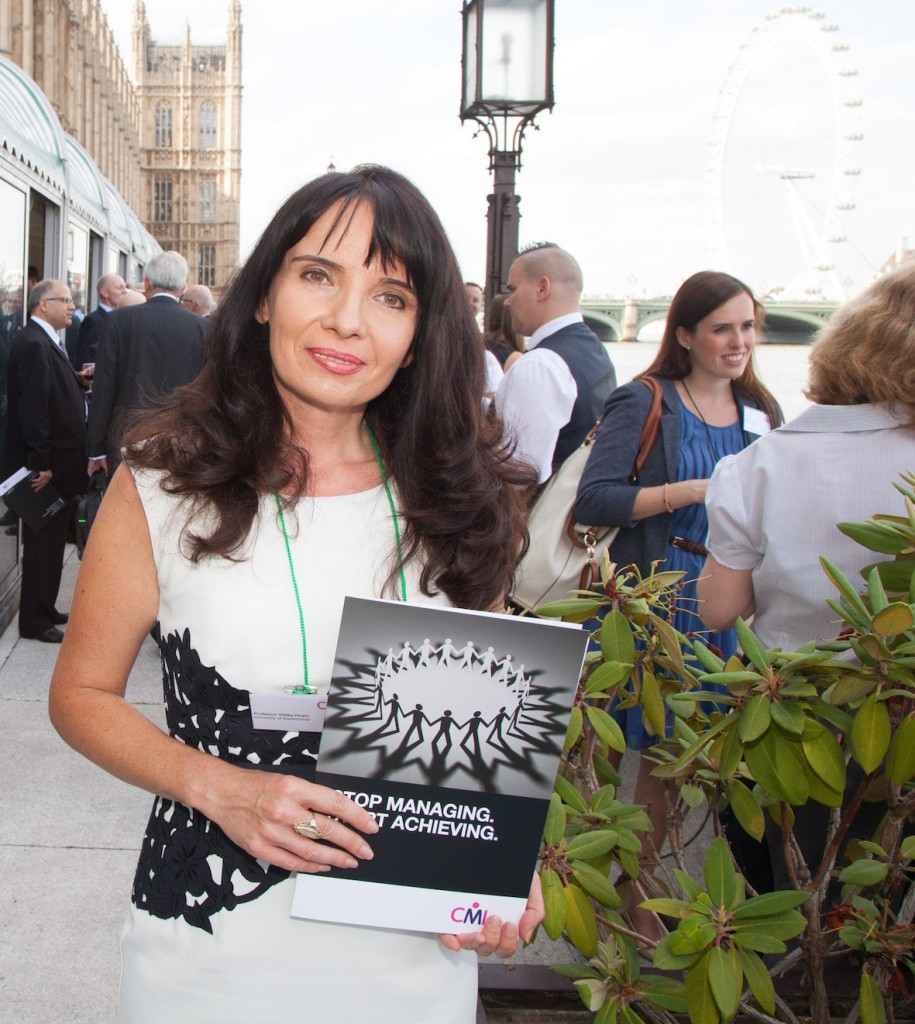 Vlatka Hlupic at the House of Commons

Is there a political dimension to your work? You did launch your book in Parliament! Are you ideas something you would like to see adopted by politicians in their thinking regarding business and running their own departments?

I launched “The Management Shift” ideas for the first time in public in Parliament on Guy Fawkes Night and that was unforgettable experience, with fireworks going on inside and outside the Parliament. Outside Parliament there were anti-capitalism protestors shouting “revolution is solution”. And there I was in the Grand Committee Room saying, “We need a revolution in management”. I also said, on this occasion, that as I have been preaching my ideas over years I feel like I am a politician and my political party is called “humanity”.

I am not associated with politics in a traditional sense. I am an activist for humanising management and have been working with the Chartered Management Institute and few other major players in the UK on launching a petition for the UK Government and other major stakeholders asking for changes needed to humanise organisations.

I would like to see my ideas adopted by politicians. I have published an article “Politics needs a management shift” following the General Election in the UK in May this year. It seems clear to me that a traditional division of political parties is not serving the greater good of the society at large.

I always work on a number of projects at any time. One of my major projects is working on a new book where I interviewed 50 inspirational CEOs about their story related to shift to Level 4. I collected evidence from practice that doing good and doing well is not mutually exclusive. On the contrary, companies that are more human and collaborative do better financially.

More on Vlatka and her work can be found here.