A Croatian in Suffolk Making The Best Of Local Produce!

Croatian born Olga Owen now lives in Suffolk and makes award-winning, mouth-watering jams, relishes, fudge and other delicious goodies. As if that didn’t keep her busy enough, she also owns and runs a Bed and Breakfast in the stunning and unspoilt seaside town of Aldeburgh, famous for, amongst other things, its fish and chips, the nearby Snape Maltings concert hall, its traditional architecture and being the home of composer Benjamin Britten. Fellow Suffolk inhabitant and Croatian Language School student, Jane Cody, finds out more. 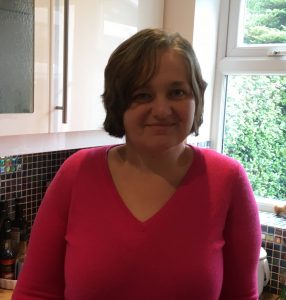 1. Could you tell us a little about how you ended up in Suffolk?!

Very soon after I met my husband we visited Aldeburgh and the surrounding area. The huge Suffolk skies, tranquility and fresh air brought us back time and time again, and we moved here in 2001.

2. Where are you from in Croatia, do you manage to visit often and what do you miss most? 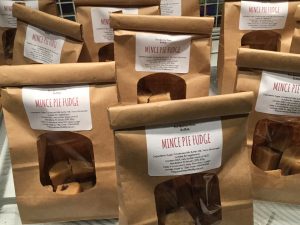 I was born and raised in Zagreb, in the western suburb of Gornje Vrapče. My parents moved to the city in search of employment and built a house there in the fifties, with beautiful views of Medvednica mountain, all covered in forest. There were plum and apple orchards and small cornfields, as there were still a fair few people with chickens in their gardens, even the odd pig! Obviously, it is very different now; apartment blocks are obscuring the view and the wildlife is somewhat restricted to birds and household pets.

We have only just returned from a visit, a trip we make two to three times a year, as it is the family we miss most. And food – fresh, homegrown, foraged stuff that tastes as it should.

Suffolk certainly does feel like home, and its natural beauty is still the main attraction for me. The forests, huge estuaries, bird reserve walks, historic buildings… Oh, and the fantastic air quality: it only takes a short visit to a city – an airport especially – to realise just how lucky we are, living by the sea.

4. I’ve tasted a couple of your jams and they are delicious – how did that business come about? 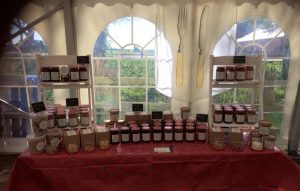 Growing up, our wardrobes were always topped with jars and jars of apricot and plum jams, pickled cucumbers and peppers. Bedrooms were not heated so this was a perfect storage area. Every year a vat of sauerkraut was prepared, which lasted until next summer at least. This was the norm and I knew very few people who bought jam, with the occasional exception of the universally loved rosehip jam, which is very labour intensive indeed.

Obviously, I had to try and make some myself, and started once I realised how much I disliked the jam we offered our guests at our Bed and Breakfast! I started with marmalade, not a Croatian thing at all, but once I got hooked there was no looking back. Over the last few years I have won several silver and bronze awards at the prestigious Marmalade Awards, and am still going for gold!

5. Do you make any traditional Croatian products and/or are some of your recipes special to Croatia?

Well this is where being from the Balkans helps: Ajvar. Not strictly Croatian but adopted eagerly and adored by most. Sadly I cannot buy the thick fleshed, pointy red peppers as readily as I’d like so it is a rare treat. Another one would have to be the plum jam with a sprinkle of cinnamon. I have taken to adding toasted walnuts and rum to it, but the idea came from my Mum’s jars with a cinnamon stick buried in thick, dark jam, often with some sljivovica [plum brandy] added, for an extra layer of plummy goodness. 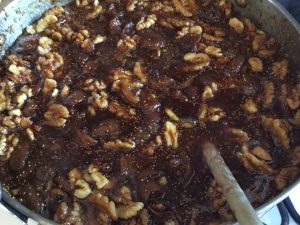 Jam will have to be the Lebanese Fig Preserve, prepared with dried figs, walnuts, sesame seeds and star anise. I have just brought back 10 kg of fabulously fragrant Croatian figs for this – they truly are the best.

Pickles… I haven’t met the one I didn’t like yet, for example a bit of chunky Branston, or fiery lime, or an aromatic aubergine one… I would say, however, that my favourite would have to be the tomato-shaped pepper pickle from back home. The peppers are yellow and very thick-fleshed, and go with absolutely everything.

Fudge is something I came to a bit later and I make salted caramel flavour the most – for a good reason, too; it is so, so good! Perfect with some nice Turkish coffee, as an alternative to the more traditional Turkish Delight 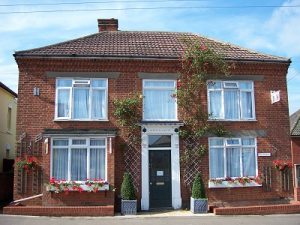 7. I understand you have a Bed and Breakfast too – could you tell us a little about that?

Since 2004 we have been running the Toll House in Aldeburgh. It is a guesthouse with seven bedrooms and being self- employed allowed us to plan our work schedule so we could look after our son without resorting to childminders etc. We do everything we can ourselves, from laundry to decorating, so it is a very busy life, especially in summer. We meet so many lovely people, many of whom come year after year – they seem like a huge extended family now.

8. Do you speak Croatian at home and have you found any other Croatians in Suffolk?

Sadly it is a no to both! Having said that, my husband’s Croatian is passable and he can follow most conversations, even if he can’t participate in all. We tried raising our son to be bilingual, but he turned out to be a late talker and we were advised to concentrate on one language at a time. He is now learning German and French at school and is keen to learn Croatian in future. Since I only knew the bare bones of English until I was 21, I am confident he will get there too. 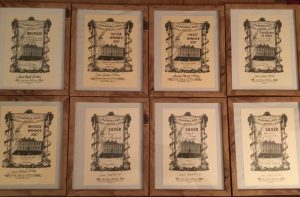 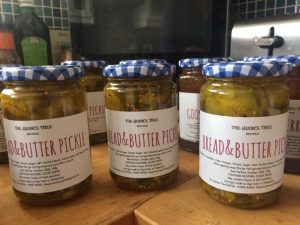 Olga’s jams, pickles and other products:  The Quince Tree on Facebook