AMAC-UK: Nurturing Croatian Students, Education And Culture In The UK Since 1993

Croatian Language SchoolnewsletterAMAC-UK: Nurturing Croatian Students, Education And Culture In The UK Since 1993

Mira Malović –Yeeles was elected the first President of AMAC-UK when it was founded in May 1993 at Green College, Oxford. She has fulfilled various roles on AMAC’s council ever since, is affectionately referred to as the mother of AMAC-UK and has kindly agreed to tell us more about herself and the organisation.

1. Could you give us a little personal background please?

In December 1974. I married Michael G. Yeeles, a pharmacist living in Oxford  and we agreed to live in the UK. I knew that there was a shortage of psychiatrists in the UK, but did not realise that my qualifications would not be recognized! I had to retrain. It was only when Croatia joined the EU that the qualifications from the universities in Croatia began to be recognized in the UK.

However, as I had further medical qualifications, my general medical qualification was accepted, but I had to repeat my subsequent training. Fortunately, I was accepted on the rotational training scheme in psychiatry at Oxford and, after completing this training, I was offered a permanent post of specialist psychogeriatrician in the Oxford Mental Health Trust. This post I held till May 1999. when I retired from the NHS and continued in private practice as a Jungian analyst .

2. Please could you tell us a little more about your involvement in AMAC-UK? 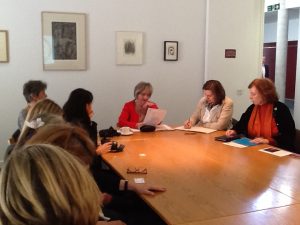 The founding meeting in 1993 was the result of an initiative by an enthusiastic group of Croatian alumni, centred around Oxford and London, and attracted some 70 former graduates, as well as friends of Universities in Croatia. Every year since there has been an annual gathering, traditionally held on the second Sunday in May, always in Oxford, followed by a festive lunch for members and families. The Annual Meeting also includes an annual lecture covering well known and less well known links between Croatia and the UK.

In October 1996,  AMAC-UK was awarded charitable status as an Educational Trust for the advancement of higher education in Croatia.

Over the years AMAC activities have included the provision of support for undergraduates studying in Croatia and Annual Awards for young scientists and researchers. Calls for the Annual Awards are widely publicised at all universities and research institutions in Croatia and have gained considerable popularity and prestige over the years. Funding for these awards comes from membership fees, donations and charitable events and, since 2012, we have had a regular charity concert.

A happy marriage, of course, but over the years I have also made many English friends and consider England to be my second home. I miss my Croatian family and friends, I miss my home town Zagreb, but in a normal year I would visit about three to five times and my relatives come and stay with me. 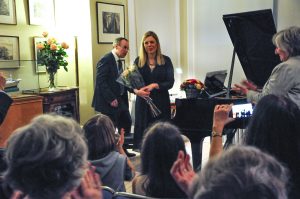 4. Could you explain the benefits and objectives of AMAC-UK membership and the range of members?

The main objectives are to promote Croatian culture, science and heritage and also to promote and support Universities in Croatia. The majority of AMAC-UK members came as postgraduates to live and work in the UK. Before Brexit there was a constant influx of new students for postgraduate studies and a few for undergraduate studies. Studying in Scotland has also been very popular.  What will happen after Brexit, we shall see.

The benefits include belonging to a group of people who speak the same language and share the same customs and cultural heritage. It is also a place where people can share experiences  and information.

5.For those that don’t know about it, could you explain the University System in Croatia? 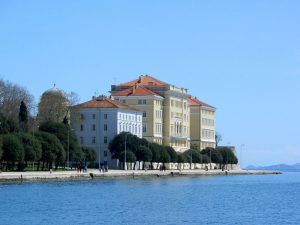 The University of Zagreb , established in 1669 by Emperor and King Leopold I Habsburg, is the oldest Croatian university and also the oldest university in South East Europe.

Although Croatian universities adopt the Bologna System 3+2, a graduate degree is considered after five years and after three years of studying it is called undergraduate. Therefore, one can say that studies in Croatia last longer than in UK.

6. I understand AMAC-UK is part of an international network?

When AMAC-UK was formed in 1993, only Zagreb University had an alumni organization – AMAC DOMUS, for the graduates living in Croatia, and AMAC MUNDUS, for graduates outside Croatia. When the other universities were established, each of them had their own alumni. 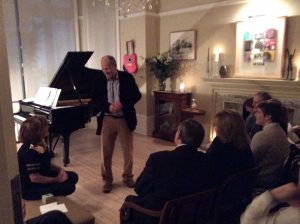 AMAC-UNIZG (University of Zagreb) is well structured, has an annual meeting every year and publishes a magazine once a year that we contribute to.

We have some contact with AMAC in Canada, as well as Paris, but this is mainly by emails.

7. The annual events are a big feature of AMAC-UK: is there one in particular that sticks in your memory?

If I had to pick one, I think it would have to be the Inaugural meeting in May 1993 at Green College, Oxford, when we had several Oxford dons present. Dr Kathy Wilkes, Professor Norman Stone and Dr Mark Almond joined us and Professor Sir Richard Doll gave the inaugural address. Prof. Marijan Sunjić, chancellor of Zagreb University, was in attendance and Sir Roy Jenkins, Vice Chancellor of Oxford University sent greetings and best wishes. It doesn’t get a lot better than that! 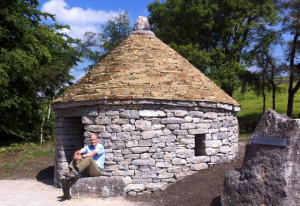 8. How did AMAC-UK’s Academic Awards come about and who and what are they for?

From the inception we decided to support students in Croatia. First it was Studentship for undergraduates from disadvantaged families. Then we moved to Annual Awards for young scientists and researchers for high quality research carried out in Croatia to be spent on academic visits to the institution of their special interest in the UK. The purpose of these actions is to give a modest, yet formal, recognition for their efforts.

9.The annual lecture is also an important date in AMAC’s calendar, generally covering connections between Croatia and the United Kingdom. Is there a connection in particular that has surprised or amused you?

We have had many interesting and enlightening talks, but what surprised me was a talk about stonewalling in Northern England – very similar to the stone walls in the Cotswolds and almost identical to “suhozid” in Istria. I had thought that only Croats build “suho zid” !