In this post we’ve been motivated by WordPress’s #WordPrompt project, asking us to explore the word Bridge and there’s no shortage of journalistic material relating to “bridge” in Croatia. First of all, though, it made us think of the annual magazine produced by the Croatian Catholic Mission in London. a publication we support with editorial and advertising content. 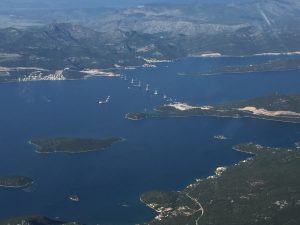 Less abstractly, it’s not surprising that a country like Croatia, with a long coastline and so many inhabited islands, has some pretty spectacular bridges, not least the very newest Pelješac Bridge, which enables Croatians to travel the length of their coastline without having to go through Bosnia and Herzegovina. The photo here, taken in June 2020, [Attribution:Florian Hirzinger, CC BY-SA 4.0 <https://creativecommons.org/licenses/by-sa/4.0>, via Wikimedia Commons] gives some idea of the scale of the project, and, on the following link, you will discover some of the impressive facts about the bridge: Peljesac Bridge – Korculainfo 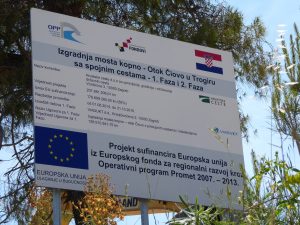 Just a few years ago, another impressive feat of engineering was the long heralded bridge linking Čiovo island to the mainland near Split. However you don’t have to travel very far in Croatia to see many impressive constructions – the bridge linking Ugljan and Pašman islands, the Krka Bridge and Dubrovnik’s bridge, to name but a few. Similarly, at the other end of the scale you will find lovely old stone bridges, or even lifting bridges, connecting shorter distances from islands to the mainland, or to other islands. Trogir has a couple of old bridges which were put under a lot of pressure in the tourist season before the construction of an additional footbridge and, now, the Čiovo bridge.

And finally, we’d like to think of the Croatian Language School as a bridge too, connecting English and French speaking Croatia lovers with the Croatian language and Croatian culture. Really getting to know the language of a country is the best bridge there is to connect people from different cultures.

Trogir, a Tourist Destination Transformed Thanks to the Ciovo Bridge (total-croatia-news.com) 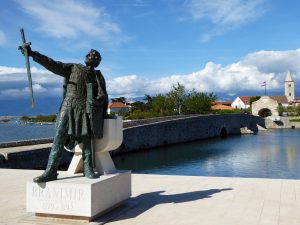 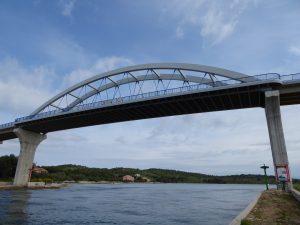 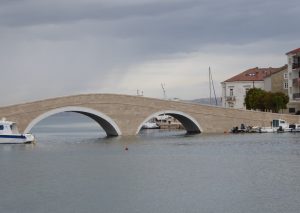