This month: We interview Tena Štivičić, Croatian author of the acclaimed new play 3 Winters – set in Zagreb – currently playing at the National Theatre.

We spoke to you last a few years back regarding your play Fragile – what have you been doing since?

It’s been a good seven years since Fragile so quite a few things. A few new plays, Fireflies, Seven Days in Zagreb, Invisible, Europa, another book of columns, a couple of screenplays. 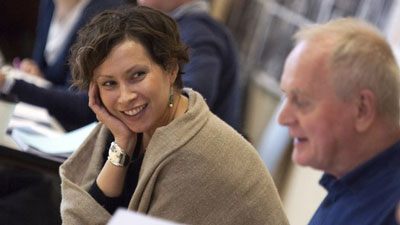 How did 3 Winters come about?

The idea has been kicking around for a while. I have a long line of women in my family on my mother’s side. Each generation was born and raised in a very different set of political and social circumstances. Those four generations span more than a century of not just our tumultuous Balkan history but also the most momentous century in the history of women. That was the world I wanted to look at. 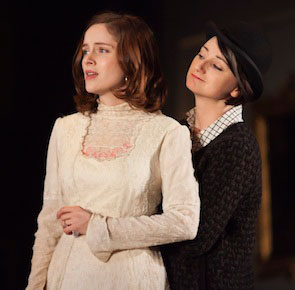 The play is directed by Howard Davies. What was like working with such a renowned director?

I have admired his work for a long time and was tremendously pleased when he responded to the play and showed an interest in directing it. I knew that the play was in safe hands. He and the designer Tim Hatley have really done a wonderful job.

Was this play written specifically in English for the National Theatre? Will it be performed in Croatia?

The National Theatre read an early draft of the play before commissioning it. I don’t know yet what happens next but of course I’d like to see it performed in Croatia and elsewhere.

The play goes through Croatian history from 1945 to 2011. What made you select this time period?

I had to condense some of the action since covering the whole century would have been too expansive. Some stories, which came up during the research period began to dictate to choice of times I used. I’m interested in exploring moments which are either just on the brink of a great shift or in the immediate aftermath of it. Directly after the war and just before, when great turmoil is in the air or has just been survived and people need to pick up and get on with their lives, those were particularly intriguing.

Also, present day, the country joining the EU, which was a more peaceful process but nevertheless meant another shift. But you know, what interested me the most was the story of this family, which has a very dominant female line. I wanted to look at how the values of each generation changed with the changing political systems and the experience of violent social upheaval and how that impacted on the role of women, their voices, their vocabulary and their sense of self.

I’ve been working on a film adaptation of my play Invisible. It’s going to be directed by Danis Tanovic with Good Films, and we have a final draft of the screenplay to finish.

3 Winters is runs at the National Theatre until 3 February. For full details and how to buy tickets see here

Aside from the play itself, there is an excellent opportunity on 30 January to see Tena talk about the play. This will also be at the National Theatre. Full details can be found here.