After retiring from the NHS at 57, determined to make the most of his free time, Dr John Glasspool developed a great interest in all aspects of Croatia, especially sailing and the Croatian language. He is a regular visitor to the Croatian Language School [CLS] summer school in Ćunski, on the island of Lošinj, and a frequent participator in CLS’s annual Language and Culture Trips. 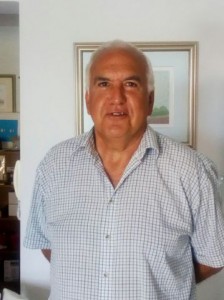 John’s first trip to Croatia was driven by a desire to avoid the Jubilee celebrations a few year’s ago. He used up all his Nectar points, somewhat randomly, on an Easyjet flight to Split. He then selected, but not very scientifically, the hotel Maritimo in the town of Makarska, and he and his wife enjoyed a wonderful five days away from all the “royalty worship”, as John calls it. He continues:“we had such a nice time that we returned in September for five days near Zadar and another five back at the Maritimo. Again, it was excellent. We looked at a map and could see that there was a lot of the country still to see, and we realised that we’d probably like to keep returning.”

John is somewhat modest about his considerable proficiency in several languages, calling himself  “a good plodder”, but it turns out he has a real talent for them. He’s fluent in German and Italian, with A level standard French, and a smattering of Spanish, thrown in.

Naturally John’s Croatian trips inspired him to want to learn the Croatian language: “I’m not a massive traveller, but when I do go somewhere I try to learn a few words of the language; it seems only polite. I probably shouldn’t worry, but I feel such an idiot going into a shop or restaurant and speaking English without even asking if the people in there speak it, so I thought (as I was also approaching early retirement) that I ought to learn the language if possible.”

So John did some internet research and came across CLS and has not looked back since: “All work has been done with Linda really. I did two weeks for beginners, with two other people in Ćunski, and I THINK that must have been four years ago, just after I retired. I then did nothing for a year, though did occasionally look at the book. At that point I would say that I spoke “Slash-and-burn Croatian”! After a year I went to one of Linda’s weeks of Language and Culture at Cavtat. I thought, that if I wanted to take it further I really would have to do regular study, so since then have had about 40 + lessons a year with Linda via Skype, and have been on each of the Language and Culture  weeks too. The next one was near Zadar, last year’s at Fažana and this one’s was in the Elaphiti islands. They all were great and the only disappointment was this year, where, despite searching, I never found a trace of a single elephant!

As to my level of proficiency, now, well, I’d say that I’m probably somewhere beyond O level.” 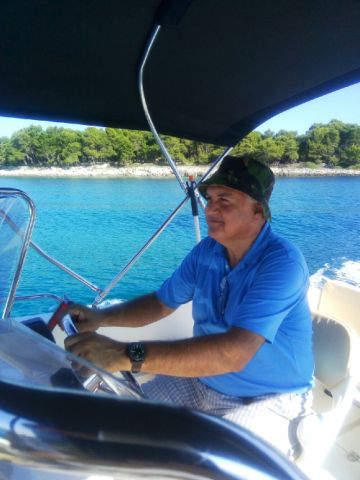 As to what John enjoys most and least about the language, there are more elephants in the room! When we first got in touch he told us this: “Unlike any other subject I have looked at, I find the deeper one goes into Croatian, the more there is to find, and/or (usually) get wrong! It is full of ‘slonovske zamke’- what I hope is Croatian for “elephant traps”. It’s a sort of linguistic Tardis; go through the door and there are so many different corridors, one can never explore them all. I reckon 90% of Croatians don’t. I’m told they even have a ten minute radio program every week explaining the finer points of the language to CROATIANS!”

There is however quite a lot about it he enjoys: “I think what I enjoy most must be my sense of achievement when I realise that I AM making progress. I have been able to make myself understood for a while now – not just by SHOUTING, but this year I am actually starting to understand people’s answers to me much better than before. It also makes me feel that, if I really wanted, I could go almost anywhere in the former Yugoslavia and be understood, though I’d have to start everything by saying, ‘Please excuse the fact that I only speak Croatian and not Slovenian/Serbian’ ”

…and a few things he doesn’t enjoy, for example:  “the problems with the word for ‘child’ – ‘Dijete’ and the totally potty way it declines.”

Modestly again, John says he is no expert in sailing, and I wondered if speaking Croatian helped. John suggests that you don’t really NEED to speak Croatian but it’s a great help in reading the local nautical charts (maps): “If a light is listed as “BL” it’s white, not “blinking” and the word “Hrid” is quite useful. (Rock!). Beyond that it’s just the look of mild surprise on the face of dockhands in marinas when one greets them and has a bit of a chat in their own language!” 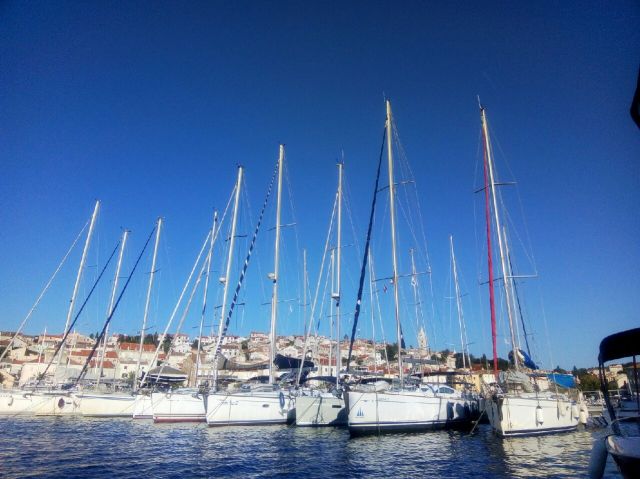 In his usual jocular style, John sums up his future intentions succinctly: “Well, as long as I stay well, I hope to keep going back and learning more, year on year. I don’t think I’d ever want to buy a house in Croatia; it’s just too much responsibility, but a long period of renting plus some longer periods sailing still appeals to me.

I am hoping, that with the aid of a few chums we will one day drink the place dry, but it will be hard and require patience.”

Finally we asked John for his top five tips for nautical tourists in Croatia and here they are:

O bože, više golih njemačkih turista – Oh heavens, more naked German tourists (a reference to the number of FKK visitors from Germany in Croatia, and not to John’s parties!)

If you see the word “Hrid” on a map, steer clear

Be aware that marinas now cost the same as the UK, for the same level of services.

Watch out for the “Bura”. I’ve fortunately not experienced it when sailing but it sometime occurs independently of any forecast weather. 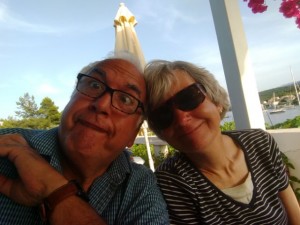