Recently, Croatian Language School Founder, Linda Rabuzin, was interviewed by Ivana Barišić for the giant telecom company website, tportal.hr. And such is the skill of one of Linda’s long-term students, Julia Molden, that Julia has kindly translated the tportal article into English for the CLS website.

The Full article in Croatian can be found here: https://www.tportal.hr/vijesti/clanak/linda-rabuzin-godinama-poducava-strance-hrvatski-najteze-im-padaju-padezi-a-kad-dodu-u-hrvatsku-susjedi-to-jako-cijene-foto-20190310

Thanks to Linda and Maksimilian for the images.

A Woman From Zagreb With A London Address 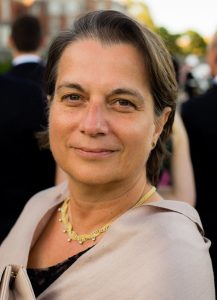 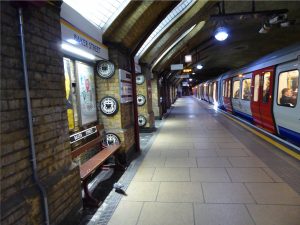 For years Linda Rabuzin has been teaching Croatian to foreigners.  Students find the grammatical cases the most difficult thing about Croatian but, when they come to Croatia, people they meet really appreciate their efforts.

While many Croats set off to master foreign languages and learn about different countries, one Croatian woman with a London address decided to go in the completely opposite direction.  More than two decades ago, French language teacher Linda Rabuzin set off on a real adventure of setting up the Croatian Language School in London.  Foreigners, who made the decision to start learning to speak Croatian, are now travelling with her to Croatia for language and culture trips. In a conversation with tportal we discover from Linda why more and more foreigners are deciding to study Croatian, where they come from and what they find most difficult about the language.

Linda Rabuzin, the French teacher from Zagreb who more than two decades ago set up the Croatian Language School in London, revealed in her conversation with tportal that: ‘There is quite a demand amongst foreigners to study Croatian’. 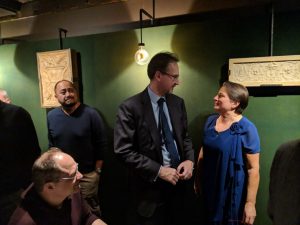 Linda with the current Croatian Ambassador to London, Igor Pokaz

This was also her opening gambit with the then Croatian Ambassador in the British capital, which started as a discussion about the need for quality promotion of the Croatian language and culture and concluded with the establishment of the Croatian Language School.

Describing the entrepreneurial steps in the U.K. she said ‘Administratively it wasn’t difficult but after that we had to, and still do have to, show a lot of persistence and put in a lot of work, writing up new ideas and language programmes and fine-tuning to people’s demands.’

Since then generations of students have come through the doors of her school and each year the numbers increase.  She told us that, when she opened her school in 1997, the initiative was welcomed in Britain.

‘To begin with the student numbers weren’t great but since then they have increased year by year’ she says.

‘Many of the students are young people who are second or third generation emigrants who, with the arrival of this teacher with a London address, can fulfil their wish to study the language of their parents and grandparents.   They come from all over the world but are mainly from Britain, America, Canada, Australia and Europe.

In addition there are those who have summer holiday homes in Croatia and who would like to be able to hold basic conversations in Croatian with the locals.  Their summer neighbours really appreciate their efforts.

Also, of course, there are plenty of business people, who want to be able to converse with their Croatian business partners in their own language’ she explains. 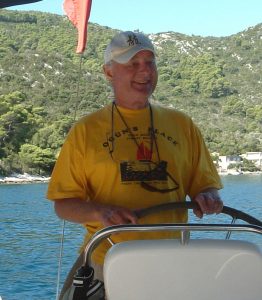 For Brit Mike Forbes, the Croatian language opened up more than he expected.  A former British Royal Naval officer, he retired at 45 years old and then worked for a short while as a financial adviser and in the John Lewis partnership. Then he sold his business and started to teach sailing.  Friends introduced him to the sailing paradise of the Adriatic Sea and he clubbed together with three other families to buy a sailing boat on which they all worked and spent holidays based in Split.  This was when he raised a glass to retirement and the study of the Croatian language!

Mike recognises that the language does have difficult elements but soon after he started he found out that the first important words that he mastered were ‘Thank you’ and ‘My friend will pay!’ ’

Linda reveals that, for those with English as their mother tongue, the most difficult aspect of Croatian are the grammatical cases.

‘Everyone knows that Croatian is not an easy language but those who do decide to grapple with learning it are very happy and proud of themselves when they have eventually mastered it.  Speaking gives them great satisfaction, remembering that things get a lot easier when it comes to reading and writing. 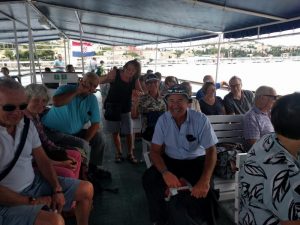 It is for this reason that six years ago we started our programme of ‘Croatian Language and Culture’.  A group of CLS students come each summer, some of them regularly each year, on a week-long holiday in Croatia.  During that week they use the Croatian Language in everyday situations surrounded by native speakers and at the same time they become familiar with Croatian culture and customs.

After trips to the Adriatic coast and Zagreb, we have decided this year to gather in the Slavonian city of Osijek.’  ‘That’s great news’ Jasmina Krkić Poznić told tportal.   Jasmina is the owner of the private guest house Maksimilian situated in the heart of Tvrđa, the baroque core of Osijek.

For the CLS students this will be the base for trying out their knowledge of Croatian in everyday situations.

‘Linda came to us seeking accommodation in Osijek.  She contacted us, I quickly responded, and we set the wheels in motion for discussions about what the summer school should include.  I gathered that we were not just talking about space and accommodation for participants but a complete package including an introduction to the region.  We clicked’, explained this entrepreneur from Osijek. 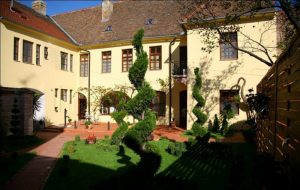 In the mornings the students will attend lessons in the Croatian language and in the afternoons they will go on excursions.  They will travel around Baranja, visit Kopački rit, the largest wetlands in Europe, take a look at the Đakovo county stud farm, have a walking tour of Vukovar and Vučedol, participate in wine-tastings in wine cellars and experience a gastronomic extravaganza.

‘They will be here for seven days and will speak Croatian.  I do not know if any other groups of foreigners are coming to Croatia to learn the language.  We often have individual travellers coming here but an organised group like this, I have not heard of that before’, Krkić Poznić confesses to us while collaborating with Linda Rabuzin in honing the final details for the seven days of lessons and excursions. 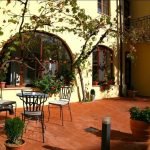 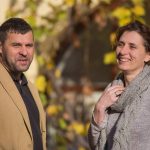 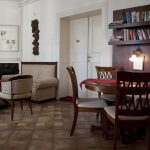