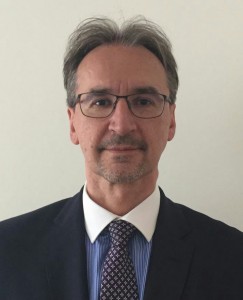 Igor Pokaz was born in 1968 and is married with one son. He was educated at the University of Zagreb, Oxford University and the Fletcher School of Law and Diplomacy. An experienced diplomat, prior to coming to London last September he was Croatia’s ambassador to Moscow and has had held posts in the Croatian Ministry of Defence and the Permanent Mission to the United Nations in New York.

He has kindly agreed to answer some questions for Croats in London.

What are your impressions of Britain and its people? What do you like most about living in London?

This is not the first time that I have lived in the UK. Almost 20 years ago I did my postgraduate studies here and learned more about Britain and its people. It is an easy place to live in and not only because of the language. I find British people very open, forthcoming and willing to engage. What has changed for the last twenty years is the weather – it is much better now, with less rain and sunnier days. During my first year in the UK I also visited Scotland, Wales and Northern Ireland and met with respective authorities in Edinburgh, Cardiff and Belfast. I like cities that live 24/7 and London is definitely one of those. I noticed lot of similarities with New York where I lived before. Traffic can be a challenge but the very efficient Tube service helps a lot in this regard. To sum it up – I love it here.

Relations with the UK have not always been too good. How do you assess things at the moment?

Our bilateral relations are very close and friendly, in fact in better shape than ever. Our officials and experts meet on a regular basis. And our citizens keep interacting. Croatian citizens study at UK universities, do business in London and other UK cities, and contribute positively to the UK society. On the other hand, more and more UK citizens spend their holidays in Croatia, taking advantage of a growing number of direct flights linking Croatian destinations and cities across the UK. We have a regular and constructive dialogue on foreign policy, especially on topics of common interest, such as South East Europe. We have less reasons for satisfaction when it comes to our trade links, but there is a growing interest in Croatia’s business and investment potentials, which shows that this segment of cooperation can also be improved.

What are Croatia’s concerns regarding Brexit? and has any progress been made on them? Do you think that Brexit may offer opportunities for Croatia in Britain?

With less than six months before the UK’s exit from the EU it is crucial to step up the efforts to secure an orderly withdrawal. The UK will remain a global and European power and an important partner for Croatia, and we want to maintain the upward trend in our relations also in the changed political context. Our hope is that this trend will eventually lead to stronger trade ties and an increase of British investments in Croatia.

In addition to that, how does Croatia see the status of British citizens in Croatia post-Brexit?

We have warmly welcomed the decision by the UK government not to extend the restrictions for Croatian workers after 30 June 2018, which brought their rights to work in Britain in line with other EU citizens, and ensured their equal status in the context of UK’s EU exit. This decision is also a reflection of a high level of political partnership between the UK and Croatia. In return the Croatian Government did the same for British citizens who wish to come and work in Croatia. We hope that both Withdrawal Agreement and the agreement on future relationship will contain mutually beneficial provisions regarding the citizens of both EU and the UK. The Croatian community in the UK is relatively small and well-integrated. It has contributed positively to its host nation, and its experience of life in the UK is very positive. One of my goals as Ambassador is to meet with as many members of the Croatian community as possible, not just in London, but in other parts of the UK, and cultivate links with them. They are an important bridge between the two countries and have an invaluable role in our overall relations.  The British community in Croatia is not that large and we would love to have more British citizens choosing Croatia as their destination for living and working.

What defence cooperation is there between the two countries?

The two countries have developed a fruitful defence cooperation. Indeed, it is one of the most successful segments of our overall bilateral cooperation. Its main pillars are combined military training, exercises and transfer of experience and knowledge. Both countries are members of NATO, which provides an excellent framework for the combined NATO operations or deployments. The formal basis for the bilateral defence cooperation is the Memorandum of Understanding signed last year in London during the official visit of the Croatian Minister of Defence. This cooperation has proved to be highly beneficial for both sides and will continue to evolve in the future.

How do you see trade with the UK?

As mentioned before, we cannot be satisfied with the level of our current economic cooperation. In 2017, our trade exchange amounted to 473 million euro, with a deficit on the Croatian side. This makes the UK the 19th largest trade partner to Croatia, which certainly points to significant unused potential. There is much scope for improving our economic cooperation, including in the sectors such as energy (renewable sources in particular), food products, food processing, shipbuilding, electrical industry, pharmaceuticals, and in particular in innovative technologies and the fast growing IT sector. The Embassy is particularly committed to attracting UK investments, which are also much below their potential, totalling 1.1 billion euro for the period between 1993 to 2017. Apart from trying to identify new niches for cooperation and connecting businesses on both sides, we plan to organise events which will be specifically tailored to potential UK investors in Croatia.

Croatian cultural events, especially historical ones, are always appreciated. What future plans does the embassy have to promote Croatian culture?

We plan for a busy cultural autumn. Some of the events supported by the Embassy include the exhibition of the famous Croatian painter and graphic artist Miroslav Šutej, a recital of the Croatian pianist Diana Brekalo as part of the Embassy Series in St. Martin in the Fields, concerts of the early music ensemble Minstrel in London and Bristol etc. It is advised to regularly check our Facebook page, where you can find more precise information on the Embassy’s cultural activities.