How Difficult is Croatian?!

We’re often asked whether Croatian is a difficult language to learn and of course the answer depends on all sorts of factors: Croatian nationals would probably say it’s pretty straightforward, in the same way that native English speakers reckon that learning English is pretty easy. But then most Croatian nationals have learnt the language as their mother tongue, practising all day, every day. 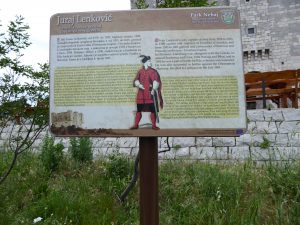 The consensus seems to be that Croatian is hard at the beginning but gets easier as you go along – a little like German and the opposite of French, which most people think is relatively easy to start with and becomes more complex.

The good news is that pronunciation is reasonably consistent, the grammar is generally logical and, mostly, the alphabet is the same; the not so good news is that words have a multitude of different endings depending on case (seven) and gender (three) and the words can be quite long and consonant heavy.

Of course, a good teacher can make the impossible seem a lot easier and we’d like to think that, after over 20 years of teaching Croatian as a foreign language, we’ve discovered most of the best tips and tricks to making it as easy as possible. However perhaps you’ll get the best idea of the challenge from hearing what some of our students have to say about learning Croatian: 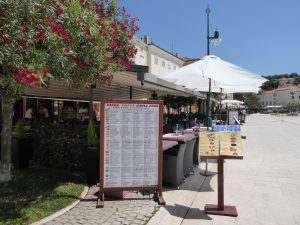 Emmy Award winning, Ashley Colburn relates “the hardest part about the Croatian language is that, even if you know how to say many words, they can often change to something completely different due to the grammar.  This for me is frustrating because you think you know something and then the word completely changes.”

Ashley came up with five tips for others wanting to progress to a reasonably advanced level in Croatian: “Learn from a professional, try to learn five new words of vocabulary a day, listen to Croatian radio, watch movies with Croatian subtitles and make friends with Croatians!”

Andrii Dehtiarov is from Ukraine and has a passion for languages and linguistics. He had already studied English, French, German and Russian as foreign languages and wanted to learn another Slavic language, but from a different subset than Ukrainian. He chose Croatian, rather than, say, Polish, because he felt Croatian would be a harder challenge and Croatia was a country he knew little about.  We asked Andreii how learning Croatian compared with learning other languages: 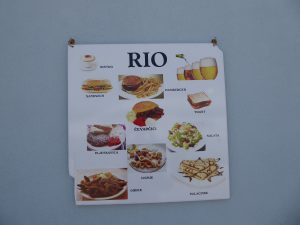 “Certainly knowledge of Ukrainian and/or Russian helps, because the languages share common roots. It’s interesting that during my first couple of months of learning Croatian, the language sounded to me like a somewhat ancient and poetic Ukrainian.

If I were to compare my Croatian and, say, French learning experiences, I’d say they are very different but almost equally challenging if you want to get things right. … Croatian and Ukrainian share some common roots and that helps, but there is a flip side and that’s the overwhelming number of  “false friends” ….French belongs to a completely different linguistic group from Ukrainian, but it posed a different set of challenges. For example, phonetics: in Croatian you typically pronounce the words exactly as they are written, but in French, the verbal and written norms are two completely different universes.

Grant Seuren, originally from New Zealand, runs Sail Croatia with his Danish wife Helle. He explains the learning process in more detail and how learning Danish compares with learning Croatian: 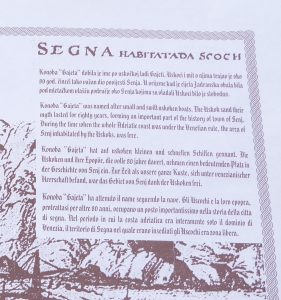 “I learn on Skype and my teacher, Linda, and I use Google Docs to support the text, reading and writing which is very collaborative and allows us to meet wherever in the world we are. The school was recommended to me by past students who worked with Sail Croatia. I was hoping to achieve a basic level of understanding of the language and enough to make conversation, ask questions and be able to join in a general conversation. I also wanted to understand some business terminology and social customs which are important professionally. I enjoy the lessons as they are always an efficient use of our time which is perfect for me as it fits into a busy lifestyle with work and family….Learning the grammatical cases for me is really hard as there are so many. It’s tough getting them to stick in the mind and it can be tedious. I learnt Danish in the past and this was a breeze compared to Croatian! 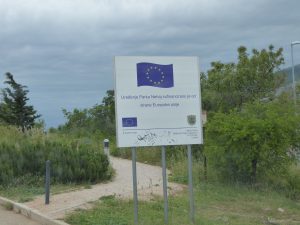 Some of our students learn Croatian because it’s a requirement of their work or life, for example if they have recently moved, or are about to move to Croatia. Others learn it mostly for fun so we maintain that it can’t be THAT difficult! And we place lots of emphasis on keeping the learning experience enjoyable which, we think, together with the sense of achievement, has a lot to do with the fact that a lot of our students keep coming back, over and over again, for more.

To read more about some of the experiences our students have with the language and the culture, have a look at our case studies: Case Studies – Croatian Language School (easycroatian.com)