As a new feature the Croatian Language School interviews expats who have created a succesful living for themselves in Croatia.

This month we interviewed Ashley Colburn 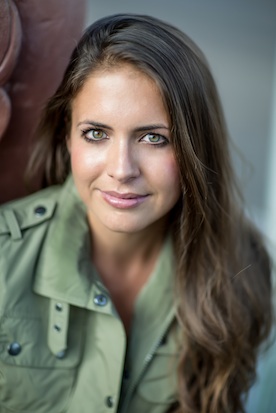 Ashley Colburn is a Californian who graduated from Colorado State University with a major in technical journalism and minor in Spanish. She started working for Wealth TV in 2009, where she produced the documentary ‘WOW Croatia’ which won a prestigious Emmy Award. She has subsequently produced many travel documentaries, including further ones on Croatia. Croatia remains a special country for her, and her goal is to learn Croatian in the next few years. We asked her a few questions.

Your connection with Croatia came with a your first documentary ‘WOW Croatia!’ in 2010 which won an Emmy Award. How did this project come about and what did it feel like to win an Emmy? What effect did it have on your life?

Winning an Emmy was definitely one of the best days of my life.  I felt so honored to just be nominated that I really tried not to think of it as winning or losing.  Then when I heard my name be announced my whole body went limp- what an adrenaline rush, I’m pretty sure I screamed!  Winning the Emmy I think gives every journalist or producer some more credibility with your work and it also gave me some more confidence to go out on my own and create my own career and company.  What made my first Emmy so special was that it was genuinely my first travel show and it was about Croatia.  Croatia has played such an important part of my life since this show was filmed, making it so much more meaningful. 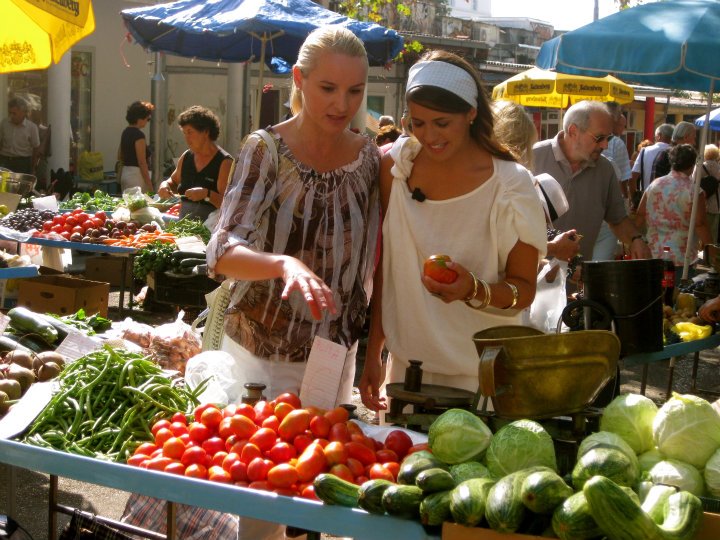 You went on to make a full series on Croatia – ‘Wonders of Croatia’. Can you tell us about that and how it was made and received?

When I decided to go out on my own and start Ashley Colburn Productions in 2011, I had been preparing for several months how I would film a more in-depth series about Croatia.  As all Croatia lovers know, each region is unique in its own way, from the food, wine varieties, people, landscape- the list goes on.  Every time I returned I discovered more and more and felt guilty for not filming it all.  So, I decided to film it all and this is what Wonders of Croatia was all about- 7 regions, 7 one hour episodes.

I stayed in Croatia for 3 months with my team filming the series and it premiered the following summer with a wonderful premiere viewing at a private event at Sveti Martin na Muri.  This night was another highlight in my life.  So many people who I loved and who supported me through the whole series were there to share the evening with me.  Wonders of Croatia continues to air around the world- across Europe, South America, and it is currently being dubbed in other languages as well.

On your website, you list Dubrovnik as your favourite destination. What in particular do you like about the city and how do you react to the current news of the next Star Wars film being made there?

I think I list Dubrovnik as one of the top sites to see in Croatia because it really is a magical place.  The old city’s walls are impressive from every angle and I am not surprised Hollywood wants to come and film at such an iconic place.  Rovinj is my favorite city because of its charm and quaint fishing village atmosphere.  My heart is so happy when I see the boats and multi-colored buildings from a distance.  The beauty found in Croatia is endless and talking about it makes me want to get on a plane immediately. 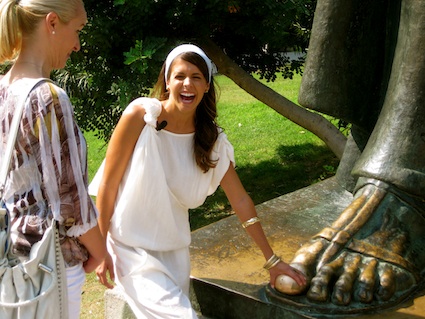 Ashley with the toe of Grgur Nin in Split

For the first time visitor to Croatia – or someone who wants to go again after a first trip – what places and activities in the country would you recommend?

I’ve been blessed with the opportunity to see most of the country so this question is sometimes hard to answer.  For a first timers trip to Croatia, they of course have to visit the sea, however I would encourage them to fly into Zagreb so they can spend a few days in the capital city and stop along the way to the Adriatic throughout Lika.  When it comes to the islands there are many that are easily accessible from Split such as Brac, Hvar, even Vis.  A sailing or boat trip is a great way to island hop and also make it all the way south down to Dubrovnik.  Often times I tell people to fly home out of Dubrovnik in order to make the most of their time.

Today Croatia has been blessed with the convenience of seaplanes.  My favorite route is the connection between Split and Pula, providing a quick and easy way to get to the region of Istria.  When it comes to gastronomy, Istria is where I recommend foodies go and spend a few days to taste wine and olive oil, truffle hunt, and enjoy the hilltop towns and fishing villages.  It’s hard to see everything in one trip, so I guess you have to be like me and keep going back time and time again!

How can we get to see your series on Croatia? Is there a UK broadcaster showing it?

Wonders of Croatia airs on several networks around the world, however at the moment it is not in the UK.  I would encourage everyone to check out some short videos I have produced on my website 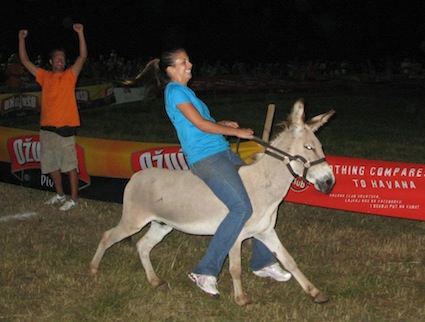 You’ve travelled all around the world, but Croatia does seem to be your favourite destination When will you next return and what are your current travel adventures?

Croatia has become my second home and I am so proud to spend several months there every year.  The moment I land, I feel so happy to be back and I think this shows how special the country is to me.  I plan to go back sometime in May and to stay through the summer.  It is just one month into 2016 and I have already been to 6 countries- so it is looking to be a very busy year full of adventures.  I am busy filming my web series, Paradise Found in cooperation with GOGO Vacations which takes me to the Caribbean and Mexico.  I recently also ventured to Thailand, Cambodia, Vietnam and Laos which was an amazing trip!  To follow my travels, be sure to check out my instagram @ashley_colburn.

More about Ashley can also be found at her website