Mark Thomas, Editor Of The Dubrovnik Times, Reflects On 22 Years In Croatia

Mark Thomas, editor of The Dubrovnik Times, has been based in Dubrovnik since 1998. In this interview with Jane Cody, for The Croatian Language School, he explores life, love, lockdown and language, as well as the role of the Dubrovnik Times in helping to inform English speaking visitors to Dubrovnik, and the changes he has witnessed during his 22 years in this very special Croatian city. 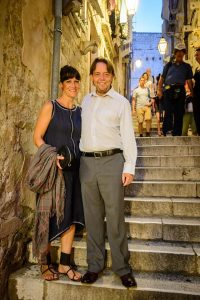 1. I believe you were one of the pioneer British expats in Croatia. What led you there and has kept you there?

Love! Well, that would be the short answer. I met my future wife, who was actually born in the Old City of Dubrovnik, after she had basically escaped Dubrovnik during the war. We lived together for six years in London before deciding to have a year’s break in Dubrovnik in 1998. Twenty-two years later and we’re still here. I wasn’t the first, but certainly one of the first foreigners to set up home in Dubrovnik. Life is a balance between standard and quality. And the quality of life has kept me here.

2. Could you tell us a little of the history and evolution of the Dubrovnik Times?

The print edition of the Dubrovnik Times started as the brainchild of Vjera Šuman, the former editor of Dubrovački Vjesnik. She saw a hole in the information market for guests to Dubrovnik. I was taken on board as the editor when the whole project started, in fact it was the very first English language newspaper in Croatia when we launched in 2006. Since then the weekly newspaper has grown and a website was added seven years ago. Due to the Covid-19 pandemic we were unable to print the newspaper this summer, however the website has gone from strength to strength.

3. You write for other publications, including Times Travel; how does that compare with writing whatever you want for your own website? 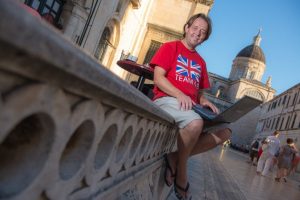 I have written for more international publications than I can remember. All over the world, from Australia to Canada and back again. From in-flight magazines, newspapers, travel books and much more. Every article has its own demands and every editor their own conditions. Yes, with The Dubrovnik Times I have a certain amount of freedom, although of course we have moral and legal obligations. There is a huge difference from writing an article for a newspaper and commenting on social media. As much as possible we try to provide independent news without too much opinion or personal thoughts. We basically try to offer the facts (as we understand them) and then let our readership make up their own minds. Generally, this system works, but of course you have people who want more opinions and speculation.

4. What is summer in Dubrovnik like this year? Is it very different from “pre-pandemic” summers?

2020 certainly isn’t a normal year, far from it, although that isn’t all bad. For the past ten years Dubrovnik has been an absolute magnet for tourists and as a destination we have struggled to handle and organise this. We very much found ourselves in a “perfect storm”: the darling of the cruise ship industry, the focus of Game of Thrones attention and on the front covers of media all over the world. Too much for such a small city. With little strategy we were too passive in creating a clear future. This pandemic has given us a break and a unique opportunity to change course. We’ll see if the chance to change is taken.

5. What impact has the Covid-19 pandemic had on you personally? 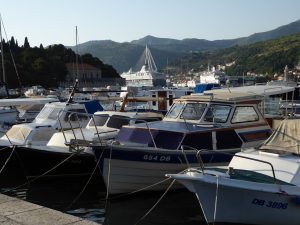 Yes, it has been challenging, on both a personal and business level. My family all live in the UK so with the travel issues we haven’t had the chance to see each other physically. Although thanks to the wonders of modern technology we’ve probably spoken to each other more than ever before. Dubrovnik has been relatively Covid-19 free, with a small number of cases. Yes, I know people who have had it, and unfortunately people who have passed away due to the virus. It hasn’t been easy on anyone. On a business and financial level, the pandemic has created chaos in the tourism industry in the city, the knock-on effect is that revenues of my media company will be down 70 percent on 2019. The media, especially in Croatia, isn’t a profession that you enter for financial benefits. A good waiter in the city earns more than a journalist. So the pandemic has unfortunately led to cutting down on everything, including making staff redundant. That’s always the hardest, and I’ve had plenty of sleepless nights this year. Nose down and work hard is all we can do.

6. Setting the pandemic to one side, has Croatia changed very much from when you first arrived and what do you like best and least about these changes? 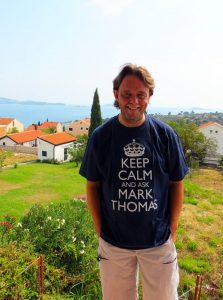 It has changed beyond recognition. There are very, very few foreign people who have seen this change at first hand, literally a handful of us. And without seeing from where you’ve come from and where you are now it’s impossible to have all the information to have a relevant opinion. The transition that I’ve seen in over twenty years living in Croatia has been incredible. Of course there is still a long way to go, and people can become frustrated with the pace of change, but with hard work and determination change will continue. It’s almost hard to compare those first pioneering days to today. Even though those early times had a certain charm, a feeling of adventure. And it’s funny how quickly people forget those difficult times, and sugar-coat them. As I’ve already mentioned life is a balance between standard and quality, and as the standard of life has risen in Croatia so consequently the quality has fallen. This was only to be expected. Take one example, coffee. When I first arrived there was basically one instant coffee, a local brand called Divka, which was pretty awful. No Nescafe, no Starbucks, no Jacobs! Actually once you got over the frustration of having no choice it made life easier. A wise man once told me that there are two things in life – time and money – but you’ll never have them both at the same time. Moving to Dubrovnik I opted for time.

7. What is your experience of speaking and learning the Croatian language and how important has it been to your life and work in Croatia?

The most important thing I have done since being here is to learn the language. It literally changed my whole experience. For learning the language isn’t just a question of communication but of opening the door into the history, the lifestyle, the culture, the sense of humour, etc. It is also a question of respect. If I lived in China, I’d learn Mandarin. Without the local language you are always at a huge disadvantage. Just imagine living in the UK and not understanding English, or in France and not speaking French. What message are you sending to the people you interact with? Of course Croatian is an extremely difficult language, but if I can learn it anyone can. Can you live in Croatia without speaking or understanding Croatian, probably yes. Will you have the same experience, knowledge of the country and respect from the population, definitely no.

8. Do you plan to stay in Croatia for the foreseeable future and are there any new projects in the pipeline?

Covid-19 has guaranteed that I’m not going anywhere, even on holiday. in the near future. You never know what the future brings, so making too many plans isn’t in my blood. As far as new projects are concerned there are plenty, but unfortunately many have been swallowed up with the pandemic. Now it’s time to concentrate on informing people, and potential visitors to Dubrovnik, of the Covid-19 situation. All media has an obligation to provide correct and relevant information at this time. It will be a long and hard winter 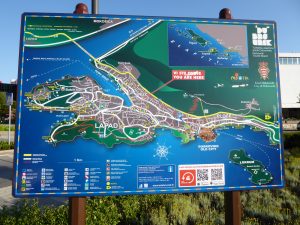 in Croatia so there is plenty of hard work around the corner.

9. Where can we find out more?

Thanks also to Mark for the photos in which he appears.