Croatian Language SchoolnewsletterRijeka 2020 And Much More!

Goran Moravček, one of our guides for the 2020 Croatian Language School Culture and Language Trip, tells us a little about himself and offers some insights into the area in Croatia we will be visiting in June 2020. Thanks also to Goran for the images. 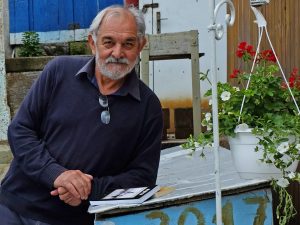 1. Please, could you give us a little background as to how you have come to get to know the Kvarner and Gorski kotar regions so well?

Rijeka is my homeland; I was a professional journalist for many years in Croatia and neighbouring Slovenia. I taught in college; now I am a professional travel guide and, simply, the knowledge has accumulated.

2. What distinguishes these regions from other parts of Croatia? 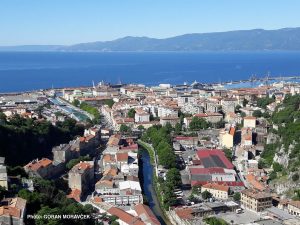 The Rijeka region is unique for its climate, in comparison to other parts of Croatia. Even in the 19th century, the combination of a mild climate, the sea, the rich vegetation, and the hilly hinterland attracted Europeans wanting to rest and restore their health. Still today, the region is known for its health tourism. Some of the best dental clinics in Europe are located here. Prices of top-quality healthcare, especially dental services, are lower than in Italy, Austria, and Slovenia and that’s the reason why thousands of patients, “health tourists”, come for treatment every day.

3. You are a prolific writer and editor with many book credits. Which books that you have been involved with are you most proud of and why?

First of all, I am proud to prepare and publish books in the city that has a centuries-old publishing tradition. The bishop, Šimun Kožičić Benja, opened the first publishing house in Rijeka in 1530. The rich publishing tradition is a challenge for me because our book market is limited by population and language. I write history books that, surprisingly, people read. My book called “Rijeka between myth and unspoken history: D’Annunzio, Tito, Italian 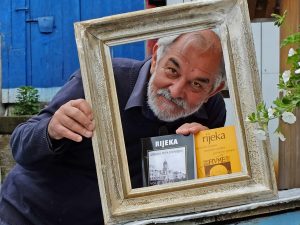 exodus”, was recently published in the Italian language. I am proud of that.

4. You are a licensed tour guide and I see that you are also involved in extracurricular education for children of all ages. Do you have to have a very different approach with children, than with adults, and which age groups are easiest to engage?

The kids are curious but also playful. They ask many questions that often require wise answers. The excursions are part of the compulsory teaching and the schools often hire me as a guide. Then I have more of a teacher role than a tour guide. I travel with pupils and students not only in Croatia but also in Slovenia, Austria, and Italy. So pupils can get acquainted with the Renaissance, the Gothic or the Baroque on the spot … In any case, it is more challenging to travel with pupils than with adults.

5. Many different powers have ruled and/or fought over Rijeka. Which of them do you think had the most influence on Rijeka as it is now?

Since the time of Empress of Austria Maria Theresa in the 18th century, Rijeka had a special legal and political status different from its environs under the rule of the Habsburgs Monarchy. Throughout history, the town was a part of Austria, Hungary, Italy, Yugoslavia … Rijeka was also an independent state, called The Free State of Fiume, recognized by the Great powers after the First World War. All this influenced the special position of the city, whose inhabitants were convinced before, and even now, that they are a bit distinctive in comparison with inhabitants of other parts of Croatia. 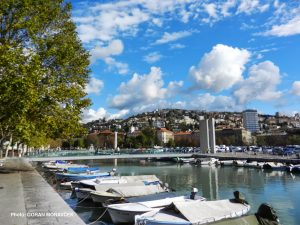 6. Could you tell us about just one highlight of Rijeka that perhaps is not so well known?

Many of your readers probably do not know that the first torpedo in the world was invented and produced in Rijeka. The inventor was British engineer and entrepreneur Robert Whitehead, who worked and lived here in the second half of the 19th century. The torpedo launch station still exists and the city plans to turn it into a tourist attraction.

7. Aside from Rijeka, where is your favourite place in Kvarner, and what is one of the “must-see” places in Gorski kotar? 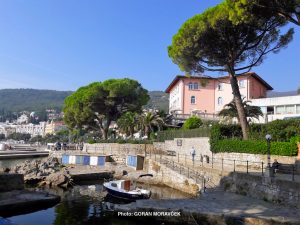 Opatija is the “queen of the Adriatic” or “old lady” as some call it. For me, it is the most beautiful place on the Croatian Adriatic coast. Spacious Mediterranean parks, crystal clear sea, hotels with centuries of tradition, promenades along the seashore and a pleasant climate make Opatija a special place in the whole of Croatia.

In the vicinity of Opatija is Gorski kotar a beautiful mountain area. Although there are all conditions for the development of tourism, it is still a poorly developed area without modern ski resorts and hotels. The nature, however, is mesmerising. The Kupa River source is, to me personally, the most beautiful destination in Gorski kotar.

8. Could you tell us a little about “The Eyes of Vinodol” [Oči Vinodola]

“The eyes of Vinodol” is a narrow road, with vantage points, that passes over the picturesque Vinodol Valley. A few medieval fortified towns stretch along the ancient road. The main centres of this area are Novi Vinodolski and Crikvenica. Both towns, with their beaches, are popular tourist destinations. In contrast, fortified hilltop towns and villages in the hinterland are away from the tourist crowds. It is a good opportunity for those who want to get acquainted with the life and work of the world famous painter Juraj Julije Klović. He was born at the end of the 15th century, in the village of Grižane, in the Vinodol Valley, near Crikvenica. Klović, the world-famous miniaturist, worked in Italy in the period of the great renaissance artists. In Grižane is the small charming museum dedicated to Klović. 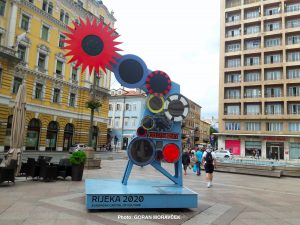 9. What is Rijeka 2020 and will it be important for the city and/or the region?

I would like to remind your readers that the program “European Capitals of Culture” started in 1985 and has grown into one of the most appreciated activities of the European Union. Rijeka was awarded the title of “European Capital of Culture 2020” for its program “The Port of Diversity”. It is one of the most important projects in the modern history of the city, and our expectations are high. The aim is to create numerous cultural programs of high artistic quality, but also improve the cultural infrastructure.

For more information on our Culture and Language trips in general: Croatia Language and Culture Programme

For Julia Molden’s blog on our fact finding trip for the 2020 summer course: Rijeka, Kvarner and Gorski kotar blog

For more about Kvarner: Kvarner