Head Teacher, Linda Rabuzin, Is Cautiously Optimistic About The Future

As different governments unwind lockdown in various ways and at various paces, we thought we’d catch up with Head Teacher, Linda Rabuzin, to hear how both she and The Croatian Language School have fared during the last few months, and what their hopes are for the future.

Many thanks to Linda for taking some time out of her hectic schedule to chat to Jane Cody about life and work..

Jane:  How’s the lockdown been for you and the school?

Linda: I’m very conscious that, relatively speaking, I’m one of the lucky ones. There is so much tragedy about; people, already going through hard times, have found their situations made so much more difficult by the pandemic. Professionally it’s been a mixed blessing: on the one hand, we’ve had to postpone our summer Language and Culture Course to Rijeka, Kvarner and Gorski kotar until next year. It’s a big disappointment to all of us but the time is not being wasted – our tour guides were already well prepared for the trip but now they are putting the extra time to good use and, over the next few months, we will be posting a series of articles on some of the hidden secrets of the region. 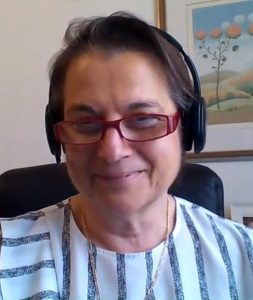 © Skype – Linda ready for a session on Skype

On the other hand, many of my existing students have more time on their hands for learning, and we have attracted several new students who have seized the opportunity of learning a new language in order to put their new-found spare time to good use. So I’ve been busier than ever with my Skype lessons and that, of course, has also meant that I’ve had plenty of pleasurable social contact, albeit of the virtual kind! I have such a lovely group of students and, although it’s sad hearing some of the challenges they are having to face at the moment, it’s very uplifting to help them achieve their language goals, see them develop their skills and generally interact with them in a positive way. There’s one other really noticeable benefit – my students are all busy people with a number of important commitments, which means that, occasionally, lessons have to be juggled or cancelled because of unforeseen events. It goes with the territory and I never mind, though rescheduling can be tricky sometimes. However, during lockdown, there were hardly any changes to my schedule and I was able to plan my days and weeks with far more confidence than I normally would have. In fact, I must say, that I was almost looking forward to a bit of juggling after a few weeks of knowing exactly what was going to happen each day!

Personally it’s been quite a challenge as there are four generations of us spread between Croatia and England and it’s been hard not being able to see my parents and grandchildren “in the flesh”. Normally, at this time of year, I would be teaching, in person, in Lošinj and Zagreb, as well as on Skype, and of course that’s not been possible. And although our base in Zagreb was not too badly damaged in the earthquake, it’s been more complicated trying to deal with that during the pandemic.

However, things are slowly beginning to return to a more “normal” normal and I am glad Croatia has dealt with the pandemic so well and effectively. Also to see that Croatia and England may have an air bridge to make travel between the two countries as safe and easy as possible without enforcing a period of isolation on either side. Who knows, perhaps it may indeed be possible to welcome some students to Lošinj before the summer is completely over?!

Jane:  What is the state of lockdown in Zagreb? Are shops open and are there people in the streets? Do people wear masks out and about?

Linda: Zagreb is returning to a new normal. Fortunately, there is no longer a lockdown in the city, nor in Croatia itself. Like everywhere, Zagreb and its citizens experienced very difficult times due to the pandemic and also, as a result of the earthquake which happened here in March. 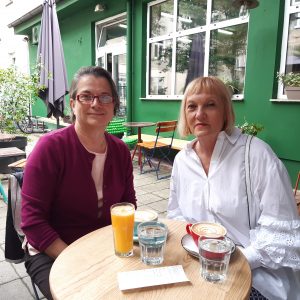 Shops, coffee shops, restaurants, hairdressers and many other businesses and services have re-opened now. A good feeling! Children are back to schools. There is a lot of ongoing work and repairs on buildings and in private homes. Zagreb is much quieter than it usually is at this time of year, but there is a good and positive feeling, especially while walking through the city in the mornings and seeing people in their favourite coffee shops chatting and laughing with friends over coffee, or just greeting other friends who do not have time to join them, but pass by in a hurry, smiling and saying: Bok! Bok! Oprosti! Žurim se, ali čujemo se uskoro!’ (Hi!  Sorry! I have to dash, but speak to you later!)

Jane: Is Zagreb still significantly affected by the damage caused by the recent earthquake? Do you think it will have a lasting impact in terms of changes to the way people live or build their apartments and houses?

Linda: Zagreb was, and still is, significantly affected, particularly Gornji and Donji grad, the core of the city. Unfortunately, some people had to leave their homes immediately after the event as the structure of their houses was no longer sound. They were offered alternative accommodation, either by their families or by the city authorities.  I am not sure for how long they will be living in their alternative accommodation; maybe for a few months or maybe, for some of them, it could last a year or two. Sadly, it will have a long lasting impact on their lives.

Jane: I know many families who work in the cities have houses by the sea where they go in the summer. Were they able to use these houses during lockdown? 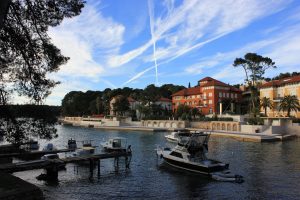 LInda: No, not really, only some of them were able to move to their houses by the sea and to stay there during lockdown. There were two major reasons for that; firstly, the health care services, particularly on the islands, were generally not as well equipped and able to react as quickly as in the cities, and the second reason was that the local population, understandably, was not very keen to see the non-islanders coming. They were concerned about the virus possibly spreading to their islands. For the islanders, the most important thing was to keep their islands corona virus free. Now, summer is coming, there are no new corona virus cases recorded in the country, and, of course, Croatians are planning to spend holidays in their summer houses by the sea.

Jane: Do you get a sense of how anxious Croatians might be about opening their arms to tourism again?

Linda: My impression is that Croatians are not anxious, so much as cautious. So, slowly and cautiously, the country is re-opening to tourism. Everyone here thinks that and I am sure we will see many changes and, from now on, many “new normals” in the tourism industry. As far as I am aware, many of our students, especially those with their families, properties and businesses in Croatia, will come back this summer and they are looking forward to it.

Jane: As someone who travels regularly between Croatia and the UK, how has the pandemic affected your attitude to this travel?

Linda: You are right, I am a regular traveller between the two countries. This year, in order to avoid undue exposure to the virus while travelling frequently, I slightly changed my travel pattern. I arrived in Croatia a couple of weeks ago and my plan is to stay here until September. All Croatian Language School teaching programmes are now organised online which enables us to continue with our work without any disturbances.

Jane: How do you feel about the future, professionally and personally? 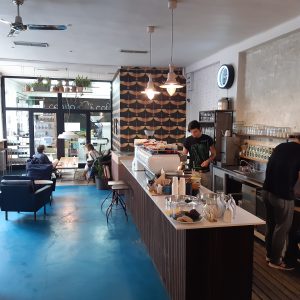 Zagreb cafés getting back to “normal”

Linda: I feel very optimistic about the future for the school. Croatia is proving itself to be ever more desirable as a tourist destination, a place in which to do business, or even a base from which to work from home. There’s no absolute need to speak the language, since most Croatians speak fluent English, but it makes life, holidays and business in Croatia so much more enjoyable and successful. And gone are the days when a significant minority of English and French speaking people, who form most of our client base, believed everyone should speak English or French. The world is (or at least was!) getting smaller, and people heading into their retirement now know that learning a new language is one of the best ways of keeping their brains agile as well as being a truly rewarding experience in itself. For younger people, perhaps the offspring of emigrant parents or grandparents, who form part of a vast Croatian Diaspora spread around the world, it’s an attractive prospect which helps them feel closer to their roots, something we all crave, especially in times of adversity. As well as all that, the technology available now makes online learning almost as good as the real thing, but without the travel hassles and without the glitches and technical challenges that are now almost entirely a thing of the past, even for self-confessed Luddites. One of the silver linings of the lockdown is that many people, who hadn’t mastered Skype or Zoom before, or perhaps failed to see the benefits of smart phones or tablets, have now found them invaluable tools for keeping in touch with their loved ones, and have been propelled into the new age of instant communications and useful Apps, finding it not such a bad place to be after all, and not just for teenagers!

Personally speaking, helping people learn to speak Croatian, and understand Croatia’s culture, is my passion and The Croatian Language School is a huge part of my life and will be for some years to come. So what’s good for the school is also good for me. Like everyone else I occasionally have anxieties about what the new normal will be like, and how it will impact on my family and friends, but I feel very thankful to be where I am and hopeful that, in a while, if we all stay resourceful, resilient, sensible and community minded, we will be able to have most of the freedoms we had before, and perhaps we will have discovered a few new ones. 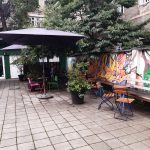 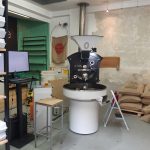 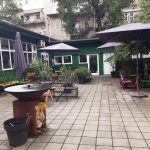 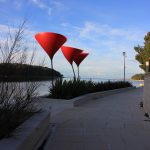 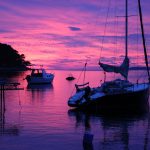 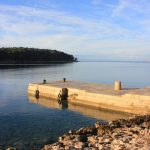