Readers will know we are heading to Vis this year for the Croatian Language School Annual Culture and Language Course. We’ve asked Alternatura Travel Agency to help us with some activities which will, not only provide plenty of fun, but also help us really get under the skin of the island and islanders, and discover the real history and culture of Vis. Below Martina and Goran, of Alternatura, tell us a bit more about what’s in store for us and thanks also to Alternatura for the photos: 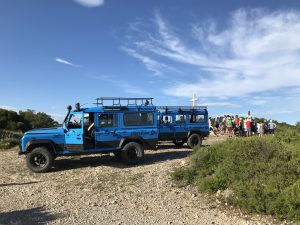 1. Could you tell us a little about Alternatura

Alternatura was amongst the first (20 years ago) and most important providers of active tourism on the island of Vis, with programs based on the interpretation of natural and cultural heritage. We introduce guests to authentic local traditions customs and people, and natural phenomena, without which the island would not be what it is. Pino Vojković is the founder of Alternatura and also captain of the Gajeta Falkuša. He was born in Komiža, has lived on Vis all his life and is also a diver and paragliding pilot. Our team consists of local people, outdoor sport enthusiasts, and nature and history lovers who will passionately share all their knowledge with you! 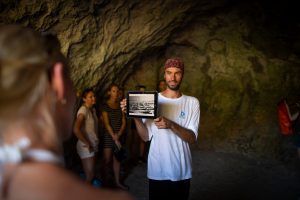 Tourist agency AlterNatura is a member of The Community of Adventure Tourism in CCE (Croatian Chamber of Economy) and he Association of Croatian travel agencies UHPA. Our guides are active members of The Croatian Mountain Rescue Service (HGSS), Hum HPD (The Croatian Mountaineering Society Hum) and The Voluntary Fire Department Komiža (DVD Komiža). We also participate in rescue at sea (EMERGENSEA).

2. Without giving too much away, could you give us a taste of some of the highlights of the trips you have organised for us?

3. What do you think makes Vis stand out from other Croatian islands?

Vis Island holds many historic secrets, from the time of Diomedes, Platon and Issa, to a time when Vis was marked by an English presence on the Adriatic sea; from the times of being part of Francis Joseph’s empire, to becoming command base for Tito and resistance partisans, with fortresses, military subways and labyrinths of tunnels. 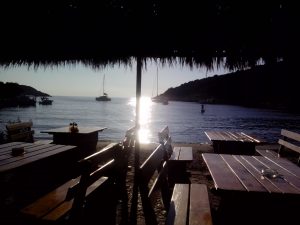 Vis island  is also a pearl among Croatian Adriatic islands, left untouched by the development of tourism for so many years – due to its strategic location on the open sea, it served as a military zone for many years. With the independence of Croatia, the island began opening up slowly to the outside world, offering it’s unique traditions, history, cultural heritage and natural beauty.

4. Could you tell us a little about the smaller islands nearby?

On Biševo island, there are two protected geomorphological monuments of nature – Blue and Monkseal caves.

Jabuka islet rises above the sea like a black pyramid and is also protected as a geological monument of nature. The island is built from volcanic diabase rock and is home to an endemic black karst lizard and two endemic plants.

Brusnik is protected as geological monument of nature. Alongside the island of Jabuka, it is the only Adriatic island formed mainly from volcanic diabase rock. In the middle of the island there is a ravine with a depression filled with sea water, where fishermen from Komiža used and made larger pools with pebbles for keeping their lobster catches.

The archaeological site on Palagruža and its findings have proven that Palagruža was the island of the Greek hero Diomedes. The island is a nature reserve with plant and animal endemic species. On Diomedes’ island, including a visit to the largest lighthouse on the Adriatic, built in 1875, you will find out everything about the rich history of this remote island and hear some of the most interesting of fishermen’s tales.

5. What are your favourite places on Vis and why? 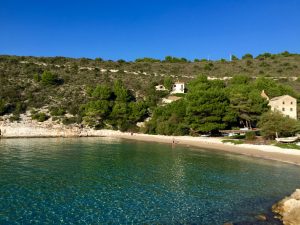 There are so many beautiful and amazing places on, or around the island of Vis, so this is really hard question. A favorite place of most of us is Porat Bay on Biševo island. It has a sandy beach, crystal clear sea with amazing energy where we always feel relaxed.  We love to sail there on the Falkuša boat, as well as do sea kayaking and Biševo island is still a place where we feel different, connected 100% with nature.

6. Could you tell us a little about the food and drink on the island?

More than two thousand years ago, in the 2nd century BC, Ancient Greek writer, Agatarhid, praised the wine saying that the wine from Vis was better than any other wine in the world. In addition to fishing, the entire history of the island of Vis is connected to viticulture and winemaking. The best-known wines are the red wine Plavac mali and the authentic white wine – the renowned Vis Vugava. 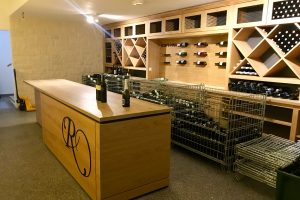 The Komiža salted fish pie – a convenient food for fishermen due to its long shelf life. It is made of dough and onions, with potatoes added later when they became accessible on the island.

Fish stew, brujet – owing to the always-available fish and its easy preparation, the stew was often on the menu of Komiža fishermen and their families. Even when working at the net fishing posts, the Komiža fishermen would most often prepare a stew from the fish they caught, but that were not suitable for salting. Muraena (Moray Eel), Scorpionfish, and even the Dentex were most commonly caught with a fishing line. When the catch was good, they would also grill the fish. The stew was also prepared from the lobster that would die during fishing.

Komiža koloc – a dry round wheat bread with a very long shelf life. This bread was baked twice, which is why it was very dry, but kept well. The fishermen would dunk it in wine or stew to make it softer for eating.

Salted sardines – in the barrels, the fishermen would arrange layers of sardines and salt until the barrels were filled. The salted fish was mostly sold, but each household would retain some for its own needs. The art of salting the sardines was passed down from generation to generation and is today considered a valued skill.

7. The Gajeta Falkuša is a very special vessel; is it a difficult boat to sail and is it a comfortable boat to sail in?! 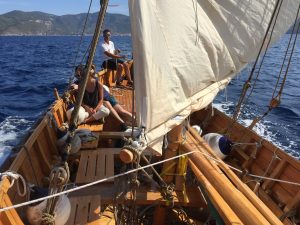 The tourist packages based on sailing with lateen sails, besides providing an unforgettable experience of the local ambience, represent a completely ecologically sustainable concept that preserves the purity of the sea and absolutely does not endanger marine flora and fauna. You can check everything about Gajeta Falkuša on: https://www.gajetafalkusa.com/.

8. What is the thing that has most surprised you about Vis?

The pelagic islands of the Middle Dalmatia archipelago (Vis, Biševo, Ravnik, Budihovac, Jabuka, Brusnik, Svetac, Palagruža) have been listed among the 10 last paradise oases in the Mediterranean. The World Wide Fund for Nature wants to protect these island from mass tourism.

Overall, Vis has remained a terra incognita to the world until recently, even though it is a central island in the Adriatic, because it is the inhabited island farthest from the Croatian mainland. Situated at the crossroads of maritime routes throughout history, from the first Greek colonies in the 4th century BC, up until the end of  WW II, this island was the only impenetrable bastion against Hitler’s conquering armies on the map of overrun Europe.

The island of Vis, with its smaller open-sea islands, is becoming a world-wide attraction. The modern world is discovering this once-forbidden and unknown island zone of the Adriatic. 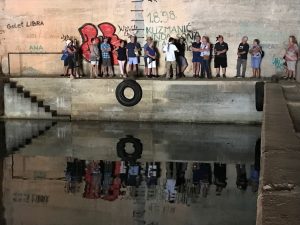 9. Where can we find out more about Alternatura?