In December 1992, Frank McGinley was posted to the newly opened British Embassy in Zagreb. By that time, war was spreading across Bosnia and Herzegovina with the fighting and indiscriminate shelling of cities and towns reaching the Dalmatian coast. A few months later, while the war in Bosnia intensified, he was able to visit Split and charter a boat to sail around Hvar and Vis. It was then that he developed an interest in the WWII history of the islands. After postings in Kyiv and Damascus, he and Neri, his Bosnian wife, who shared his fondness for the islands, bought a holiday home in Vrboska on Hvar Island. Frank has written several articles about Croatia’s World War II history and is currently completing a novel and companion piece on occupation and resistance on the Dalmatian islands during WWII. We briefly prised him away from this fascinating project in order to find out a little more about both Frank and his subject matter. Thanks also to the British Embassy Zagreb for allowing us to use their photographs of the annual Vis Commemoration, paying respect to the British servicemen on the island of Vis who, together with their Croatian comrades, fought against fascists during World War II. 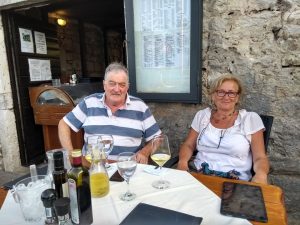 Q1. What made you choose Vrboska, rather than anywhere else in Croatia, as a holiday home, did it take a long time to be accepted into the community and what were the biggest challenges of island life? 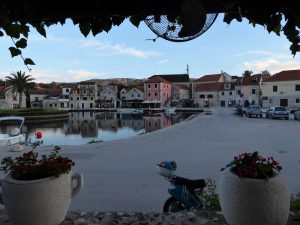 In fact, Vrboska chose us rather than the other way round. We wanted to find a place on the Adriatic near Split. After searching unsuccessfully, first on the coast and then on Brač, we moved out to Hvar where we thought it less likely to find somewhere within our budget. By chance a suitable property came up almost as soon as we arrived. Completing the sale was complicated and the house needed a lot of work, but the location was perfect. We were just beginning to enjoy the benefits when tragedy struck; we lost our son in an accident in Vrboska in 2004, a life changing episode which we still find very difficult to talk about, but which, after much heart searching, has bonded us still more closely to the place and the friends and neighbours who helped us cope with our loss.

Q2. Could you tell us a little about your experiences with the Croatian language? 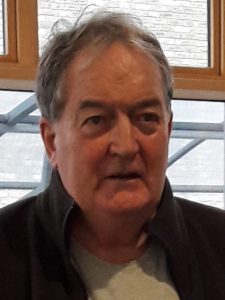 Before I got to Zagreb, I had several weeks full time training organised by the Diplomatic Service Language Centre where Celia Hawksworth was legend. It was brilliant because I stayed with my mother in Scotland and had daily lessons with my Croatian tutor who taught at Edinburgh University. I studied Latin and Greek at school, so the grammar wasn’t exactly alien. I was able to speak it regularly, especially after I met my wife, without the stress of it being essential for my job. I like its lyrical qualities which are especially evident in Dalmatian song.

Q3. As you know, we are heading to Vis for this year’s Croatian Language School Culture and Language Trip. Could you give us a few tips as to what to look out for and where to go, to understand a little more about Vis’s World War II history? 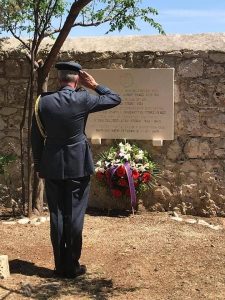 On my first visit, there was no electric power at night and we slept on our boat in Komiža harbour: the relics of the War were hidden away. Nowadays it is easy to find your way to the small cemetery where British and US servicemen, killed in action on the islands, were buried, before their remains were removed to the War Grave in Belgrade. The cemetery was restored with the help of the British and US Embassies in 2018 and a new plaque was unveiled alongside the old one commemorating the British soldiers and sailors who died in both the Napoleonic Wars and WWII. Guides can show you the fields which were cleared for use as a landing strip for the squadrons of fighters based there and point out the location of the wrecks of bombers which ditched in the sea.

Q4. Where has most of your research material come from, Croatia or the UK? And do the Croats and Brits treat this history in similar ways now, together, or come at it from different angles. 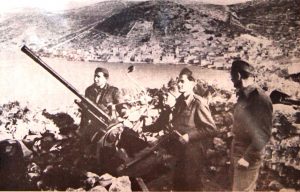 Since retiring, I’ve had access to valuable source material. I’ve been able to spend time in the Hvar public libraries whose excellent librarians have helped me dig out personal memoirs with eyewitness accounts of events during the war. Friends have also shown me similar family memoirs. At home in London, my library ticket for the nearby National Archives in Kew gives me access to records such as the the war diaries of the Special Operations Executive [SOE], the agency formed in 1941 to support resistance movements and conduct espionage and sabotage operations in enemy-held territory, and of the Royal Marines based on Vis, who fought alongside Tito’s Partisans. According to the Commando diary for example, “Captain Bare, who was killed in action during a raid on Hvar in February 1944, became the first British serviceman to be buried in the Naval Cemetery on Vis since the Napoleonic Wars alongside Richard Anson, killed in action on his frigate in 1811.” 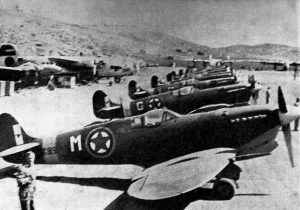 These accounts reflect the different perspectives, not just Croatian and British, but also of the different political, religious and ethnic groups to which the writer belongs. Most (but by no means all) of the Croatian accounts which survive had to pass censorship by the post-war regime. They tend to cover up the unresolved tensions which carried over into Tito’s Yugoslavia and surfaced again in the war in Bosnia. There are still very sensitive issues which make it tricky for a foreigner to write with authority on the history, but a bit easier to write fiction.

Q5. In the course of your detailed research, what has surprised or intrigued you most about World War II history on the Adriatic islands. 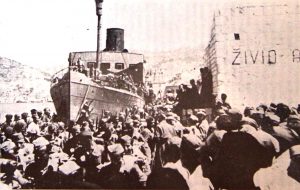 One of the most intriguing features of the raids launched from Vis was the extent to which British and Partisan troops were able to co-ordinate action on the battlefield with very little formal liaison and few interpreters on both sides (especially interesting from your point of view). Formidable problems of communication were overcome through sheer determination to fight alongside one another to defeat a foreign invader. That historical bond is still an important element of the UK’s relations with Croatia.

Q6. In at least one of your articles, you mention the active role of women in resisting the German occupation of the islands. Could you tell us a bit more about that? 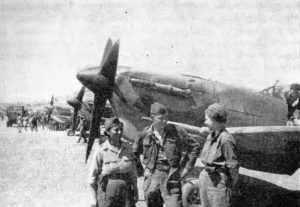 Alas no. We have photographs of Partisan detachments where men and women, armed and in battledress, stand alongside one another. The casualty lists from the raids on Hvar and Brač show that women were among the killed in action, although their individual exploits are sadly unsung.

Q7. Without giving too much away, could you tell us a little more about your novel and when it’s going to be available?

It’s the story of a British agent left behind in the Consulate in Zagreb as Germany invades Yugoslavia. His personal odyssey takes him to Belgrade, as Hitler vents his fury on the civilian population by ordering the Luftwaffe to blitz the city, and then to the Adriatic coast. He receives orders there to help infiltrate agents into occupied territory and provides support for submarine landings of SOE 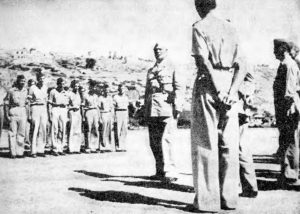 Missions which establish contact with Milošević and Tito in Serbia and Montenegro. When the Allies establish a base on Vis, he acts as liaison between the British and Partisans for raids on the German bases on Hvar and Brač. Finally, he is caught up in the tragedy of Bleiburg where civilians are again victims as the Partisans exact revenge on retreating Ustaša and German units

I hope it will be finished soon is all I can say at this stage. I’ll keep you posted.

Q8. Are there any other stories yet to be told?

No doubt. Stories of heroism in the face of invasion will doubtless be revived as history inevitably repeats itself. Before I started the novel, I wrote a few short stories, one or two of them set in the Adriatic Islands, combining scenes from Northern Ireland and Palestine, none of them properly completed. If I’m spared, as they say, I would like to get them into shape for publication. 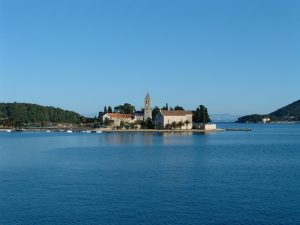 Occupation and Resistance on Hvar during WWII: The Jelsa Raid (total-croatia-news.com)

The Dalmatian Islands During WWII: 75th Anniversary of the Brač Raid (total-croatia-news.com) 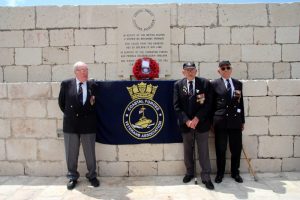