The imminent visit of the Croatian Language School to Cavtat has reminded Mike Forbes of an earlier encounter in that lovely town. 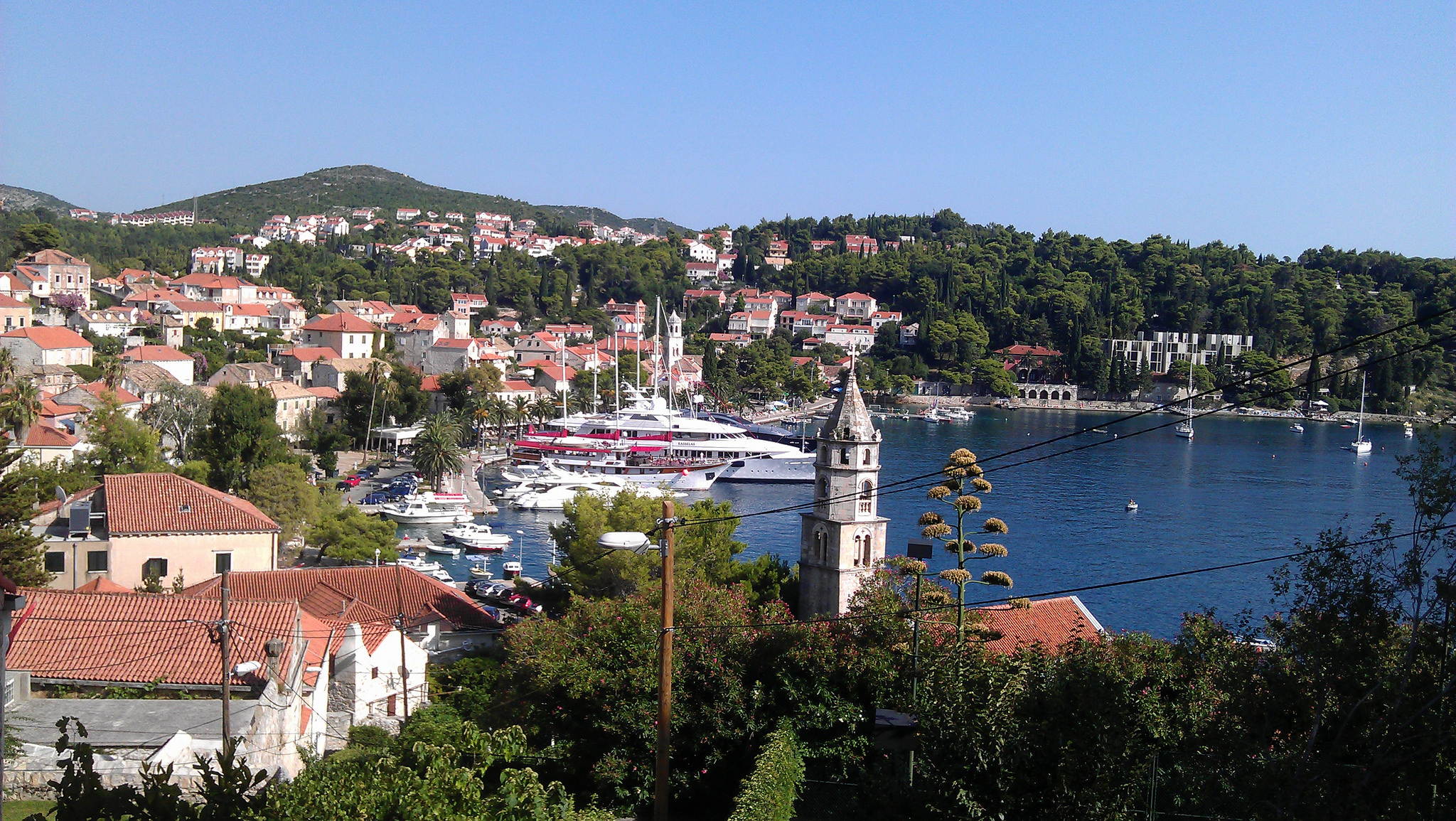 From 2002 to 2011 Jan and I had the most wonderful summer holidays in Croatia. With three other families we had bought a 42-foot yacht, called Quadrille, which we based in Split. Each family booked the boat for several weeks during the summer, and invited family and friends to join them exploring the fabulous cruising grounds of the Dalmatian coast.

In 2005 the Croatian authorities introduced a new rule for foreign-flagged pleasure vessels, like Quadrille, designed to protect the very lively indigenous charter market from the ‘black charterers’ – private foreign boat-owners who would hire out their boats, pretending their customers were friends and charging much less than the commercial charter companies. This rule severely limited the number of persons who could stay on a boat in any year; in our case this was 27 people, a figure which included owners and their immediate families. Thus each of us owners could only have 6.75 persons, including ourselves! Quadrille had up to 8 berths. Children under 12 were excepted, as were any crew who embarked or disembarked outside the country.

Luckily for us Croatia has neighbouring countries near some of the areas we wanted to cruise, namely Bosnia-Herzgovina(BiH) (with its tiny coastline north of Dubrovnik) and Montenegro which starts a few miles south of Cavtat. We became quite expert at checking out of and back into Croatia at Ploče (for BiH) or Dubrovnik or Cavtat (for Montenegro). The latter had the advantage of being quite near Dubrovnik airport, three miles from Cavtat.

One year, we planned to disembark our guests just inside Montenegro, at Herceg Novi whence they would get a taxi to Dubrovnik airport, and we would then embark a fresh crew who had flown out on the same aircraft. In Dubrovnik marina, I contemplated the worsening weather and decided to check out of Croatia in Dubrovnik, so I wouldn’t have to do so in Cavtat down the coast. In the harbourmaster’s office in Dubrovnik I stated my plan to stay close to the coast, so that shelter would be close at hand if the weather got too bad. “Oh no”, said the official, “once you leave here you must go straight out to sea, the shortest way to the 12-mile territorial sea limit. That’s the rule.” Clearly he had never been out on the water in a small boat – he would not listen to my protestations. I left the office, deciding to check out at Cavtat.

It was a lively trip to Cavtat, a Jugo was blowing from the south-east, on the nose. In the office there, as the harbourmaster stamped our passports, I asked him what I should do if the weather worsened, making it dangerous to battle the 20 miles to Herceg Novi. “Just let me know, come back in, and we’ll put your crew in a taxi to the airport. The safety of your boat and crew is the most important.” I could have hugged him; here was a proper seaman.

As it happened, the weather abated and we had an uneventful passage to Herceg Novi.